A hiatus hernia happens when the stomach pushes up into s person's abdomen or chest.

7 Concerning Symptoms of a Hiatus Hernia

FacebookPinterestMessengerTwitterEmail
6 months ago| by Natalie Saunders

What is a Hiatus Hernia?

What is a hiatus hernia? It involves the stomach (or other organs) protruding from the abdomen into the chest. It is a common condition that often does not cause any symptoms. However, some people do experience potentially severe problems as a result of a hiatus hernia. This article explains what a hiatus hernia is, the most common symptoms and some popular treatment options.

The abdomen and chest are separated by a large muscle known as the diaphragm. The stomach sits below the diaphragm, with a hole called the hiatus allowing food to pass into it from the esophagus.

Sometimes, the top part of the stomach can protrude through the hiatus into the chest. This is what doctors refer to as a hiatus hernia. In rare cases, other organs such as the spleen, pancreas, or small intestine may also be involved.

The precise cause of hiatus hernias is unclear. However, there are several risk factors, including:

Hiatus hernias are common, especially in older adults. The reason for this is not fully understood but experts have hypothesized that age-related muscle changes could result in a weakened diaphragm. Older people may also have increased abdominal pressure, increasing the risk further.

In many cases, hiatus hernias do not cause any symptoms. Otherwise, the symptoms may come and go, often becoming worse after eating or when lying or bending down. Some of the most common symptoms of a hiatus hernia include:

Heartburn is an uncomfortable, burning sensation that occurs anywhere between the upper abdomen and lower throat. It is the result of food and stomach acid being squeezed out of the stomach and back into the esophagus.

Acid reflux is when stomach acid is squeezed up the esophagus and into the throat. It causes a sour taste in the back of the mouth or throat and may be accompanied by other symptoms, such as belching and regurgitation.

The medical term for difficulty swallowing is dysphagia and it can occur for many reasons. A hiatus hernia can cause dysphagia due to acid irritating the esophagus, causing inflammation. People may find swallowing food or fluids difficult or painful, choke frequently, or feel like food is stuck in their throat.

5. Other Throat and Mouth Issues

Acid reflux can cause other throat and mouth issues, such as bad breath, dental problems or hoarseness. Some people also experience a symptom called globus sensation, which is when it feels like something is stuck in the throat all the time.

In severe cases of hiatus hernia, acid reflux can affect the windpipe, causing respiratory problems like wheezing or coughing. These symptoms are usually worse at night.

When somebody has a hiatus hernia for a long time, acid reflux can damage the esophagus so much that it begins to bleed. If untreated, this can eventually lead to anemia and symptoms such as fatigue, weakness, shortness of breath, dizziness, or an irregular heart rate.

When to See a Doctor

Although a hiatus hernia is not usually serious, sometimes complications can arise that require urgent medical attention. Patients should consult a physician if any of the following symptoms occur:

In many cases, hiatus hernia symptoms can be managed by making some dietary and lifestyle changes. If these are unsuccessful, there are over-the-counter and prescription medications that may help. Surgery is usually seen as a last resort if all other treatments have failed.

Knowing the causes and symptoms of high cholesterol is important in lowering your risk of heart disease and other comorbidities that may occur.

People with hiatus hernias should avoid eating too much at once and opt for smaller, more frequent meals instead. It is also best to avoid eating meals late at night or before lying down. Try to leave three to four hours between eating and going to bed.

Certain foods and drinks can increase irritation in the digestive tract and may make a hiatus hernia worse. These triggers can vary from person to person but some common culprits include:

Some other lifestyle tips that may help include wearing loose clothing around the abdomen and avoiding belts or corsets. Some people like to raise the head of their bed a few inches (using books or similar) to prevent acid reflux at night.

Being overweight is another major risk factor and so people with a hiatus hernia should try to maintain a healthy body weight.

Over-the-counter antacids such as Mylanta, Rolaids and Tums may help with occasional hiatus hernia symptoms. These medicines contain alkaline substances that help to neutralize stomach acid, reducing heartburn and reflux.

For more persistent problems, drugs that reduce stomach acid production may be more beneficial. There are several types of drugs that can do this, including proton-pump inhibitors (PPIs), like omeprazole and H2 receptor blockers, like cimetidine.

Some of these drugs are available over the counter but there are also stronger prescription versions. It is advisable to consult a physician before taking any medication to ensure that they are safe and appropriate.

If a hiatus hernia does not respond to lifestyle changes or medication, surgery may be necessary. It can be performed as open or keyhole surgery, depending on the patient’s circumstances. In either case, the procedure is carried out under general anesthetic and usually takes two to three hours. 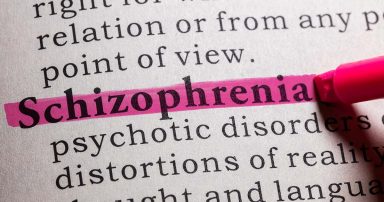 Empty Nester5 Tips for Staying Healthy in Your Fifties

Empty NesterWhat Happens to Our Hair as We Age?

Empty NesterHow to Tell if You Have Pneumonia