The better question seems to be: is bottled water better for your body than tap water, if so, then why?

Is Bottled Water Better for You?

FacebookPinterestMessengerTwitterEmail
7 years ago| by Angie Finlay

Separating Fact and Opinion for a Clear Conclusion

Most people are in love with bottled water. They drink billions of gallons each year, and spend billions of dollars for the privilege. Few beverages measure up to bottled water when you factor in convenience, health and refreshment, and that seems to justify the price tag.

Or does it? Bottled water sure looks clean, clear and uncontaminated, but looks can be deceiving. The better question seems to be: is bottled water always better for your body than tap water, and if so, is that advantage worth the investment?

Keep in mind that not all water is equal, and that goes for tap water as well as bottled. Different water sources, geographic locations and storage conditions can have a big impact on the quality and safety of water.

However, some brands of bottled water could bring some good things to the table. In order to figure out what water you should be drinking, consider input from all sides.

What the Manufacturers Say

Many producers say their bottled water is cleaner, purer and tastier than tap water. Others tout the convenience of bottled water as its greatest virtue.

It’s important to remember that bottled water is a commodity, and as such, labels tend to boast. In some cases, it can be very misleading: just because there’s a mountain on the front doesn’t mean the water comes directly from a glacier. Bottled water varies in purity, and it’s up to you to find the better choice.

What the Tasters Say

For some people, the taste of tap water pales in comparison to bottled water.

Different people have different palates, and those who are particularly sensitive to taste might even be able to tell different brands of bottled water apart. In contrast, if you’ve grown up drinking very hard or very soft tap water, it’s possible that you will gravitate towards the tap water that you’re used to.

What the Water Safety Experts Say

According to the health experts in the field, bottled water is not necessarily any better for your body than tap water. But it can be.

So, are those contaminants and the contamination levels the same for tap and bottled? That’s difficult to answer, since municipal water supplies can vary significantly, as can bottled water brands. You would need the hard facts from the EPA (for your local water supply) and the FDA (for the bottled water) to compare and reach an informed conclusion.

What Some Health Experts Say

In certain cases, doctors say that bottled water may be the safer bet. Pregnant women, cancer patients, immune-compromised people, babies, and those who use steroid medications are more susceptible to harmful effects of water pollutants. If they also live in poor water quality zones, they should consider seeking out a water brand bearing the National Sanitation Foundation (NSF) certification.

The Health Risks of Bottled Water

No matter how you look at it, bottled water isn’t perfect. First, there is the massive waste involved; even recycling takes a good deal of energy and produces by-products. And while the jury is still out on whether or not the plastic from the bottles can leach into the water itself, there are a few other proven facts that make bottled water less appealing:

Related Search Topics (Ads)
What Is Liver CancerShingles SymptomsLiver Cancer FactsTreatments for Depression
You May Also Like
What Is Cystic Fibrosis?

Cystic fibrosis is a lung disorder that causes an excessive amount of mucus in and around the lungs, pancreas, and other organs throughout the body.

The FDA is in charge of overseeing the health and safety claims of bottled water (among thousands of other products), and though it is an important institution, it has approved some suspicious products in the past.

Some will be quick to point out that the FDA has a pretty muddy track record when it comes to enforcing regulations. Moreover, a 2013 study commissioned by World Wildlife International revealed there were fewer standards for the cleanliness of bottled water than there were for tap water in the U.S.

This may not be such a straightforward downside, but it does deny your teeth a strengthening mineral. Many people are happy for their families to drink fluoridated water for the dental benefits, and studies have shown that populations with a fluoridated water supply have less tooth decay than other communities.

However, others will question fluoride’s efficacy or safety. If you fall into this group, non-fluoridated bottled water will undoubtedly be more appealing.

Just recently, PepsiCo has admitted that, despite the pretty labels, their Aquafina bottled water is not derived from a clean mountain spring. They revealed it’s just regular tap water that has been filtered several times. Coca Cola’s Dasani water is also taken from a tap.

These companies have been pressed to include “PWS” on their labels, which indicates their water came from a public water source. However, each company also has an intricate filtration process to eliminate many minerals and contaminants before the water reaches the bottle, which could very well put it ahead of regular tap water.

In the end, it’s impossible to say whether bottled water is universally better or worse than tap water. For certain people, it will be a healthier choice; for others, it’s merely the more expensive choice.

To make an informed decision, you should look into the annual reports on the safety of your community’s drinking water, and if you choose to buy bottled water, be vigilant when it comes to reading labels and decoding claims.

A good compromise may be a home filtration device. Whether you attach it straight to your tap or keep a filter jug in your fridge, filtering your own tap water can significantly improve its quality without adding to the landfills or draining your weekly grocery budget.

If you do opt for a filtration device, follow the instructions and change the filter as often as suggested. Not only will the filtration mechanism eventually wear out, but the device could become contaminated with dirt and bacteria over time. 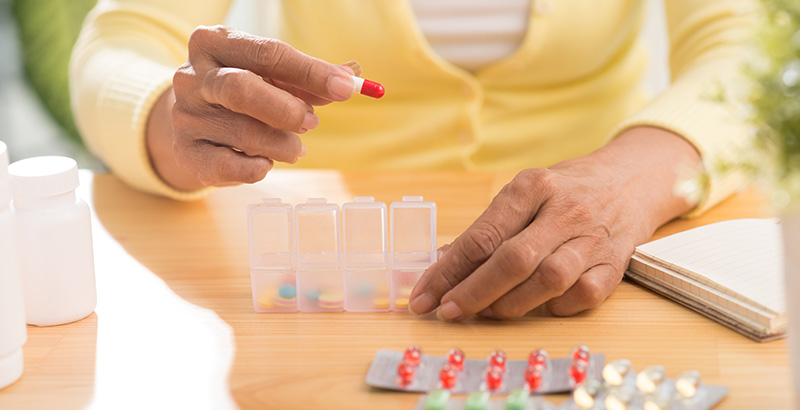 Empty NesterWhat Are the Signs of Sleep Apnea?

Twenty-SomethingHave a Stuffy Nose All the Time? It Could Be Chronic Rhinitis

All AgesSix Symptoms of Measles to Watch out For

All AgesAcupressure vs. Acupuncture: What You Need to Know

All AgesWhen a Fever Is More Than a Fever

All Ages11 Reasons Why You Should Try Pilates